The Keys of The Kingdom

So many Christians feel incapable and powerless, lacking in any kind of spiritual authority. They do not seem to comprehend what Jesus has given to them. You are not helpless. You possess the immense privilege of having been given ‘the keys of the kingdom’.  There’s authority given to every Christian upon receipt of the keys.

In verse 18 of Matthew 16, Jesus told Peter, “And I also say to you that you are Peter, and on this rock, I will build my church, and the gates of hell shall not prevail against it.”  Accordingly, we have been told to seek the Kingdom first, which is why getting these keys is necessary. Matthew 6:33 “But seek first the kingdom of God and His righteousness, and all these things shall be added to you.”

Building His church on Peter meant he would start a church through him. Peter might not be the rock itself, because Jesus Christ alone is the chief cornerstone. However, there were important keys that Jesus gave Peter, which allowed him the authority of binding and loosing (locking and unlocking). Let’s discover how we can obtain these ‘keys of the kingdom.’

Undoubtedly, this is an important key.  Without this particular one, no one obtains the authority. This particular key unlocks and Jesus confirmed this in John 3:3. He was talking to Nicodemus here about this key and how important it is to get it. He said to Nicodemus, “Most assuredly, I say to you, unless one is born again, he cannot see the kingdom of God.”

Peter confessed and acknowledged the fact that Jesus is the Christ. Matthew 16:16 – “Simon Peter answered and said, “You are the Christ, the Son of the living God.” The is the basic requirement to be saved given by the scripture. Romans 10:9 “that if you confess with your mouth the Lord Jesus and believe in your heart that God has raised Him from the dead, you will be saved.”

Acknowledge that Jesus Christ is The Way

You’ve got to fall in love with Jesus. There is no other way to get these keys at all without Him.  He’s the one that gives them to us. James 1:17 – “Every good gift and every perfect gift is from above, and comes down from the Father of lights, with whom there is no variation or shadow of turning.” These gifts spoken about here called “perfect” are the keys needed. Jesus is God’s gift to mankind and if anyone wants to access the kingdom, must go through Him.

Jesus shared that there is no way to the kingdom of God without Him.  He is the only way and other keys revolve around him. John 14:6 “Jesus said to him, “I am the way, the truth, and the life. No one comes to the Father except through Me.”

Receive the Keys of The Kingdom by Faith

For us Christians, faith is essential and without it, we can’t please God.  In Matthew 16:18 Peter lacked boldness and couldn’t open or close the gates to the kingdom because he didn’t yet possess the keys, which God was promising him.

Eventually, Peter grabbed the key of faith and was able to stand and face the crowd. That day, Peter used this key to unlock the kingdom for people to enter. After Peter had spoken, many gave their lives to Christ, which meant they also got the keys. “Then those who gladly received his word were baptized; that day about three thousand souls were added to them.” ~ Acts 2:41

Luke 11:20 – “But if I with the finger of God cast out devils, no doubt the kingdom of God is come upon you” (KJV).  Jesus was talking here about the power and the kingdom, which is sufficiently obvious. As the “hand” denotes power generally, so the “finger” symbolizes power in its concentrated and specially-directed energy. Clearly, God was the source of His power to cast out demons.

The revelation of the word is key. Jesus told a parable of a man that bought a field. Matthew 13:44 ~ “Again, the kingdom of heaven is like treasure hidden in a field, which a man found and hid; and for joy, over it, he goes and sells all that he has and buys that field.”

The kingdom is compared to land filled with treasures.  But to obtain this treasure or to locate it, there must be a guide, compass or map.  In this same way, the Bible is like a map to the treasure, which is the Kingdom.  Knowing God’s Word is surely necessary to locate and unlock the kingdom.

Understand the Purpose & Power of Prayer

According to the book of Ephesians, God’s desire is for us to pray “on all occasions with all kinds of prayers and requests” (Ephesians 6:18).

That is simply because prayer is key for all Christians. It locks and unlocks. When Jesus gave Peter the keys, in order to activate every other key, prayer was required. Accordingly, to open the kingdom for people to enter, prayer must be used.

The apostles were all locked up in the upper room praying. Before Peter came out boldly to preach, which led a thousand souls to Christ, he had also prayed.  Matthew 7:7 “Ask, and it will be given to you seek, and you will find; knock, and it will be opened to you.

God will use you to call people into the kingdom – that’s your divine assignment. The apostles were used in the Bible. Jesus called them unto Himself for the work He had for them.  While Jesus stayed with them, however, the real work started after they left.

The people of the world want to see the kingdom of God but they need a key. That’s why they are awaiting your manifestation. Romans 8:19 “For the earnest expectation of the creation eagerly waits for the revealing of the sons of God.”

You are the one to bring people into the kingdom. 1 Corinthians 3:16 ~ “Do you not know that you are the temple of God and that the Spirit of God dwells in you?”

So, the keys of the kingdom are God’s gift to his people to state heaven’s verdict on who will and will not enter the kingdom based on their response to the gospel.  God’s will is that sinners be granted access to heaven through the righteousness of Christ.  Therefore, we must use these keys to unlock the gates of Hades and set people free. 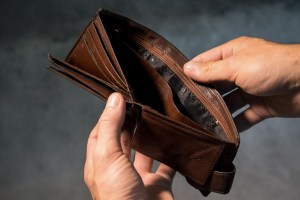 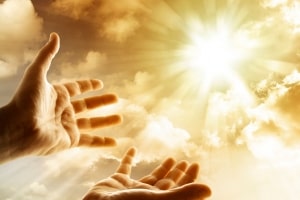 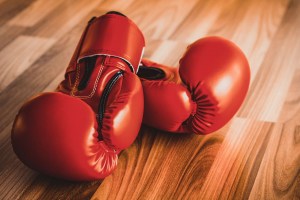 Celebrating The Past, Embracing The Future
Scroll to top